So, my night started pretty much the same as any other night when it comes to shooting a concert.  I drove into Vancouver, parked in one of the parking garages near the venue and ventured over to a strip of bars and nightclubs on the infamous Granville Street in Vancouver.  Tonight’s adventure was shooting a band I was turned onto years back by a guitar player friend, called Blackie and the Rodeo Kings.  Now this band isn’t a normal band trying to make it in the world of music, no, they are a different breed, kind of a Canadian supergroup of sorts.  Named after the 1978 Willie P. Bennett album titled, “Blackie and the Rodeo King” they came together and released a tribute album compiled of songs composed by Willie P. Bennett, a Canadian musician and songwriter. Each one of the founding members is a successful artist in their own right, BARK was initially just going to be a side project, but then morphed into an ongoing collaboration of Colin Linden, Stephen Fearing, and Tom Wilson.

As I was in the lineup to obtain my media pass for the show, since the line wasn’t filling up, I decided to venture across the street and grab a quick bite to eat from McDonalds.  I went in, ordered my food and then as I was eating my hamburger, I overheard 2 individuals talking about touring Canada, mentioning Winnipeg and other prairie towns.  Looking again, there sat a man in a Canadian Tuxedo with long hair and a beard, wearing work boots.  I leaned forward and politely asked if he was Tom Wilson, to which I got a “Why yes I am” in a deep booming voice.  We shook hands as I introduced myself and said I was photographing him tonight, to which he requested that I make him look young.   Leaving the restaurant, I ventured back across the street and bumped into Juno award winning music teacher, Steve Sainas, and had a quick chat about music, education and the concert.  Returning to my position in line, I chatted with a few of the people while waiting for the doors to open.  I always enjoy hearing how people are connected to the artists they are coming to watch, and hearing their stories of encounters in the past with them.  The doors opened and after obtaining my credentials I ventured up the staircases into the fabulous Commodore Ballroom.

One of my favorite venues in Vancouver, I took a few moments to get my bearings and take in the atmosphere.  First thing you notice is the backdrop on stage that read, “This Band Kills Hate”.  Walking around the stage you hear some Hank Williams playing on a record player set up on stage right and an old radio cabinet on stage left.  As the crowd filtered in and the place began to fill up, I assembled my gear, checked my bag and jacket, and headed towards the stage ready for the opening act.

The lights went down and Colin Linden appeared to welcome everyone and introduce Thompson Wilson, who happens to be Tom Wilson’s son, as the opener for the night.  Linden spoke about how this tour is a family affair and they couldn’t be prouder uncles with Thompson opening the shows.  Thompson Wilson is a wonderful singer songwriter that collaborates with his dad in “Lee Harvey Osmond”.  Warming up the audience, Thompson’s songwriting cuts through as he stood there with just an acoustic and his voice, later joined by his drummer for a few songs.

no images were found

After Thompson’s set, there was a brief intermission that allowed people to finish filtering in and me time to visit the merch table.  Along with the variety of T-shirts, they had a whole selection of BARK and Thompson Wilson’s CD’s, along with all the variety of projects Linden, Fearing and Wilson have recorded.  Perusing the merchandise for a bit, I then went to the prearranged meeting place for all the photographers, where we get to meet our onsite contact from Live Nation Canada who looks after press relations for various touring acts.  We were informed that the band was going to be on 10 minutes early and we could shoot the entire show.  For a photographer, this is always a great thing as it gives us longer to get the shots we need, and is greatly appreciated when extended the courtesy.

Moving to the front of the stage, Stephen Fearing walked out on stage to address the audience.  Again welcoming the crowd, he mentioned the merch table, but more importantly, he pointed out the Care Canada display at the merch table.  BARK has been involved with Care Canada for a number of years and as Fearing relayed to the audience, most of the members of the band were essentially raised by women, so it was important to them to give back to society, and they chose this organization to get behind.  Fearing then said they will be out in a few minutes to start the show.

The crowd started moving up to the front of the stage and people staked out their space.  The nice thing about this type of music is I don’t have to worry about being hit by crowd surfers, beer glasses, and other objects.  As the house lights went down the crowd erupted as the band took the stage.  When the stage lights came up, there stood Colin Linden, Stephen Fearing, and Tom Wilson at the front of the stage on guitars.  Backing them were the incredible rhythm section of Gary Craig on drums and John Dymond on bass.  Each themselves have played with some of Canada’s greatest artists from Anne Murray, to K.D. Lang and Bruce Cockburn.  Through the night, some of the guests that made an appearance on stage with them aside from Thompson Wilson, were Vancouver’s own Barney Bentall along with his son Dustin Bentall.  To the crowd’s surprise, along with Barney Bentall’s, he was presented with a birthday cake and a rousing chorus of Happy Birthday from the band and audience.  Throughout the night, each member shared anecdotes and told stories from their past.  Tom Wilson’s booming voice described how the band came together sitting around the table playing music like those uncles everyone has that congregate at various times through the year and always end up sitting around the table, smacking the top and raising voices.  They then took a single condenser microphone and placed it center stage right at the edge and invited everyone into their room to sing along.  All the musicians on stage gathered around this single mic and sang together with the crowd, creating a truly intimate moment between artists and audience.  Wilson also shared some personal life moments which landed him a book deal about his life.

no images were found

As the night was winding down, the band finished the first set and came out for encore after encore.  I wandered down to the front of the stage after the 3rd encore finished, thinking I would get some shots of the back line equipment and various little ambience ones.  As I was shooting Colin Linden’s amplifiers, I was blocked by the man himself as the whole band reappeared to do another couple of songs.  Clearly the audience was in the mood for more and as Wilson reiterated, they weren’t done until the fans were, they didn’t want to disappoint!  Playing their 4th encore, they ended the night with the crowd applauding, satisfied with over 3 hours of music, the band left the stage for the final time.  I watched as the house lights came up and people were smiling, relaying how great of a night it truly was.  Blackie and the Rodeo Kings have a magical way to interact with their fans.  Speaking with a few during intermissions and after the show, everyone seems to have a connection to one or all of the members, like a large extended family. 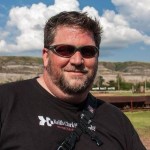 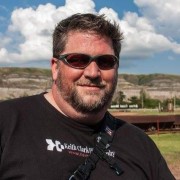 Interview: Counterfeit talk about debut record "Together We Are Stronger" and more...