Though he has yet to break into the mainstream industry, B-Free is one of the biggest rising rappers in Detroit’s underground hip hop scene. Although he was born and raised in a small inner city of Detroit called Hamtramck, the whole of Detroit seems to have accepted him as one of their own. B-Free started writing music at age 7, then recorded his first tracks at age 13 before allowing himself to release his songs to the public at age 15. Now at age 21, he is on the steady rise to superstardom. Over the last couple months at Detroit’s Club Reign, B-Free opened shows for both OG Maco and Kap G, the latter of which recently made this year’s XXL Freshman Class list. Despite both artists earning worldwide acclaim with chart topping tracks, B-Free stole the show as the crowd was electric for his performance more than anyone else who performed on these nights. B-Free stops by Patchchord News to discuss his writing process, his career thus far, and what his future holds from here.

For readers who are not familiar with you or your music, who is B-Free?

The only reason I ask is because every time that I Google your name, an Asian K-Pop artist named B-Free comes up. And a Chicago artist named B-Free. And a San Diego B-Free. The point that I’m getting at is that there are a lot of B-Frees in the world right now. I’m asking that if you were signed by a major label and they told you that there’s too many B-Frees out right now and you have to change your name, would you be willing to change it?

I guess, if that’s what it has to come to, but you know, being an artist usually takes…like the Korean dude? I actually had a grind with him last year. Me and him were talking because of this whole big feud between him and these guys called BTS. And you know, people thought I was him and people thought that he was me and there was a lot of things going on. There was a big confusion about that and he’s actually changing his name, so there’s a whole other element to that. I don’t know if he actually did, but he hit me up about it though.

Going back to these last two shows at Club Reign, I’m not sure if you noticed this, but a lot of people came specifically and solely to see you. A lot of people actually left as soon as you left the stage. People seem to naturally gravitate towards you. You have a strong connection with audiences. Why do you think that is?

It’s like a personal thing. I notice that a lot of the guys say…they go up there like “Hey, everybody! What’s up?!” They be, like, too extra for no reason. I go up there and I…I just feel like I know everybody. I mean, I do greet people, know what I mean? I try to make eye contact with every individual in the crowd. It doesn’t matter if there’s only 2 or 3 people in the crowd or 2-300 people in the crowd. It’s energy, you know? What they see is what they see. Go up there with a smile…and they will do whatever you please. They’re not gonna judge you. I think that’s kind of what helps me.

At both of these shows, you played a song called “On My Lap.” At the Maco show, right before performing, you told the crowd about the personal story that inspired the song. Would you mind re-telling that story, as well as tell us about the aftermath of that story?

Ok, the story was like, I was 13-14. I remember my uncle picked me up with his daughter and my cousin. And he was drunk. Couldn’t drive. So…he’s like “Do you wanna drive?” I was like “Uh…sure.” So, the next thing I know, I’m driving for the first time…and this is the plot twist. This is when things get tricky. We were driving straight on Jos. Campau and we actually passed a cop and when we passed the cop, the cop came behind us. And I was 14 so I’m scared as fuck. I’m driving like “Oh my God! We’re getting pulled over! I’m getting arrested!” The cop ended up turning right and I went straight. See what I’m saying? The cop never actually pulled me over with the strap on my lap. The reason I said that [in the song] is because…well, hold on. There’s a part two to it. First thing was I watched this Eminem interview and Eminem was like “Yo, my mom never actually had a stepdad that beat me, but some part of the story did take place. I just stretched the truth.” But the second thing was, here it goes, that was the first experience. The second experience was my freshman year at college. I was with a group of people who I should not have been hanging out with. Same kind of situation happened. And we ended up getting pulled over. And I did have a gun in the vehicle. But, you know, everything’s straight. They didn’t search the car. So I just kind of, like, conjoined both the stories.

In just the last couple months, you opened up for two big heavy hitters in Kap G and OG Maco. How’d you get that set up? Did they call you?

Yeah, Marcus [my manager] was actually friends with the guy who owns the company that hooks everybody up. And he hit up Marcus like “Yo, man, how much is it gonna be to get your boy to come perform?” And Marcus was like “We can talk about it.” It was kind of like a direct plug, you know?

Is it a humbling experience to be such a sought after artist getting set up for these big events, or are you more like “It’s about time and long overdue?”

Nah, no. [Laughs] I feel wishy washy about it. I mean, obviously, I’m grateful for all these opportunities that I’m doing. I mean, it definitely has been humbling when you’ve been doing these open mic shows versus these big Atlantic shows. So I’m always grateful and thankful for these shows, but then, right when I get off, it’s not like “Oh, man, it’s about time!” That’s not who I am. I’m more like “Wow, they finally know who I am. I’m so happy this happened.”

OG Maco has a reputation for being really philosophical. Did you have a chance to talk to him? Get advice from him?

Uh uh. He actually ended up not showing up until super late and we chilled out around there because of him not showing up…and that was that. But this [last] show, it was me and the other dude, me and Kap G. The crazy thing about it was that at both shows, no matter what shows, everybody calls me, everybody tells me right when I leave, “Yo, bro, you had the craziest set! Right after you got off, the main acts went on and nobody was hype.” And that’s crazy. You guys [Kap G and OG Maco] are supposed to be ticket sellers selling albums, merch, and shit like that and they can’t even gravitas more than I can. That just goes to show how, uh, hard work pays off, I guess?

Not a lot of people know this, but your brother, Bertram, produces your music. How does that dynamic work? Does he just know off top what beats work best for you because he knows you so well? Or is there more of a collab process there?

Actually, today, I just got back home and Bert was making a beat and I was like “Yo, Bert,” and then we just record. We just sit down like “Hey, what song do you wanna make?” It’s really like an organic process. Bert makes the music and I do the writing. Regardless of if we’re together or not because I know when we come together, it’s like a natural thing.

Making music that’s way better than what I put out before. I like to evolve. It’s all part of a mixing process, mashing process, production. Shining as yourself naturally. Because I actually dropped a couple songs earlier this year and I dropped a couple songs a couple days ago. You just hear it, you know what I mean? You know the difference. I was a whole other person when I made those songs versus when I made the new ones recently.

Not long ago, you said you finished your first project, Menace in Paradise. Is there a date that we can expect it to come out.

Not quite. It’s been done. Whole thing’s been done. I’ve been teasing a couple songs off of it and performing them to see what kind of reaction they’ll get. I’ve been having the DJ spin them at the club on amp to see the reactions. Low-key, somebody has already heard this side project that is not in my immediate friend group or my work group. It’s been done, but I’ve been doing social experiments to see which songs I should keep on and which songs I should take off.

What about the EP with Hotel Seprino?

We actually did a couple songs together. We did have an EP, though, that was coming out. But it just kind of…aesthetic wise, it wasn’t coming together. But, yeah, I would still do an EP with him, but there were a lot of things going on, you know, as individuals. But we can release it. I mean, that’s done too.

If the EP’s fallen through, are you at least going to release the songs you two recorded out one day?

Yeah, yeah, I actually just got a text from his manager, like, literally before you called me. He said “Yo, come to the studio.”

Before we put an end to this interview, is there anything you’d like to promote? New music? Tours? 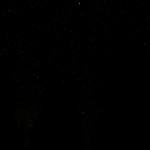 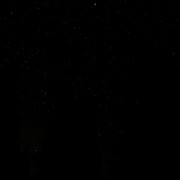 Interview: Plugged in with Mondo Cozmo