It’s the first night of their Go-Go Sapiens tour, with EMF showcasing tracks from their first album in 27 years.  They’re taking the stage at London’s 229, a relatively young venue located in Great Portland Street, an area with a solid musical pedigree; it’s a stone’s throw away from The Albany Club, which once hosted the Heavenly Sunday Social regularly featuring artists like The Chemical Brothers, The Charlatans, Andrew Weatherall, and St Etienne. A perfect location for a band with a comeback album as strong as this.

Tonight sees a larger lineup than the recent warm-up gig at The Water Rats, with Derry Brownson, recently recovered from an op, back on stage with original bandmates James Atkin and Ian Dench, plus newbies Stevey Marsh (bassist) and Adrian Todd (drums).  Not immediately noticeable, lurking in the wings like naughty schoolboys, are Iain Baker and Jerry De Borg of Jesus Jones, in charge of sound mixing.

It’s such a joyful show – the positive energy between the band, particularly the three original members, is contagious and the audience is bouncing from the first notes of Started It – it’s old friends having fun together, happy to include the audience in their banter, who happen to be playing great songs too. Knowing there are family members in the audience strengthens the feeling of intimacy and inclusion – nobody cares when James forgets the setlist or when they all descend into giggles up the back.

It’s the best version of Sister Sandinista they’ve played so far – or maybe it isn’t and it always sounds good – Dench’s riffs seem so strong tonight. New songs like Equilibrium, Sparks and Flashes, and Dr Strangelove are pure EMF but grown-up – it’s hard to believe it’s been 30 years and they’re writing songs like this.

Acoustic ballad The Greatest Day, for many the best song on the album, is one of the highlights of the gig, Atkin delivering this beautiful slice of positivity and hope in a quiet, intimate style that amidst the chaos is a real showstopper – “We’re getting old but we’re not bitter/We’re taking hold of the things that matter/Today’s the greatest day today, we’ll make it the greatest day”

The congenial atmosphere edges up further notches in the set until it peaks with the arrival of Iain Baker and Jerry De Borg onstage to bounce around with the rest of them. By this point Derry has stripped off his top and hat and grabbed a mic – his leg is obviously giving him issues and he shows off his massive scar to gasps from the audience – but he’s pushing through, still full of mischief and refusing to give in.

Children has always been a brilliant song, so evocative of the ‘90s, sitting happily amongst the likes of Pop Will Eat Itself and Bentley Rhythm Ace. These days it is one of their best songs live, uplifting and euphoric.  But just when you think the pace can’t go any higher, it does with the raucous EMF, everyone singing “motherf*cker motherf*cker” at the tops of their voices. The boys have done good.

Get the album, go see them when they’re next in town, they’re too good to miss. 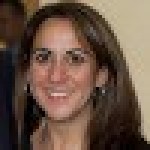 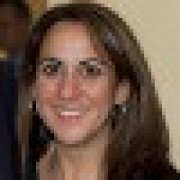 Charli XCX drops the visuals to her party anthem “Used To Know Me”, directed by Alex Lill