Asya Satti today welcomes you into her wonderfully vibrant kaleidoscopic world with the release of her debut single ‘Look At You Now’ and its official video. The song is released as the London-based, Swedish-Sudanese singer prepares to release more new music soon. Listen HERE. Watch the official video HERE.

Calling on influences from Asya’s African upbringing, ‘Look At You Now’ offers a soul-capturing, unique antidote to the usual pop tropes Yet with Asya’s gloriously captivating vocal and the lightness of touch provided by the track’s live instrumentation, ‘Look At You Know’ possesses an immediacy that takes its Afro-fusion authenticity into the pop realm. It also benefits from Asya’s bilingual lead vocals, as she switches so naturally from English to Arabic and back again.

Asya says: “‘Look At You Now’ is about being human with all the emotional complexities that comes with. It’s about seeking forgiveness for the times you were cruel to someone you love, and moments when you could have stood up for someone you cared for – but didn’t. The song is a mea culpa, saying you’re sorry for acting like that, and wishing you could go back in time and undo the pain caused.”

‘Look At You Now’ was written and produced by Asya Satti with Yaz Fentazi, who has worked with artists including Transglobal Underground, Robert Plant, and The Master Drummers of Africa. The beautiful official video directed by Laura Geyer, sees Asya move between real life and an animated world, with the animations also by Laura Geyer. Watch HERE.

Asya explains, “I wanted the video to seem as though it could have been shot somewhere in the Sudanese savannah. When the opportunity to work with Laura Geyer presented itself, I loved the idea of her animation giving an African Anansi folklore spin to the video. Simeon Geyer’s cinematography was stunning and gave such a sense of freedom to the video”

Asya Satti, a Swede of Sudanese heritage, had a childhood surrounded by an eclectic range of artists who became the key influences behind her own music: from Aretha Franklin to Badi Mohammed Al-Tayyib and Umm Kulthum. Asya spent her formative years travelling between Sweden, Egypt, and London. She started to write her own songs at the age of fifteen, inspired by the everyday conflicts of life and love. Her international adventures also make her social profiles intriguing, often shining a light on locations and cultures rarely examined in other media.

Recently, Asya has been celebrating her Sudanese roots by sharing her takes of some of the nation’s pop songs originally sung by male Sudanese artists. By reimagining them with a modern twist, she has divided the online Sudanese community. Some comments, from men in particular, have demanded she stop performing the songs, whilst others have encouraged her to continue in the hope that she can help to change such attitudes.

Collectively, Asya’s music finds the common ground between Afro-fusion, soul, blues and touches of modern pop, her iconic vocals and strong rhythmic backdrop giving her music an hypnotic feel. She writes about women who are strong and conﬁdent, who also reveal an arresting honesty and deep-seated vulnerability –  much like Asya herself. 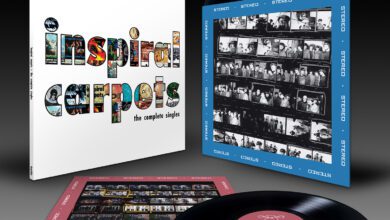