Todrick Hall is more than just a social media personality having appeared on RuPaul’s Drag Race, American Idol and the Greatest Dancer to name but a few tv shows. This, coupled with music videos with the likes of Taylor Swift and his own youtube channel with over 740 million views, Todrick has starred on Broadway several times including as Billy Flynn in the musical ‘Chicago’ and in Kinky Boots as Loa.

Todrick’s latest album ‘Femuline’ is the fourth studio album he has released and tonight’s performance was one of the last on the massive world tour in support of the album. The tour commenced in America back in mid-April and tonight’s crowd, having braved the rain and an extended wait inside the venue, are expecting a show full of flamboyance and excitement.

If the outfits and spangly costumes many of the crowd appeared in are anything to go by then there will be no disappointment – and that’s just the boys who had clearly outdone the girls on this occasion.

Aside from the massive inflatable pink head of Todrick visible on stage as we entered, the venue is otherwise bare though it is not too long before the crowd are singing along to the background music before the lights go down and a huge cheer goes up in anticipation of the entrance of Todrick Hall to the stage. The tour set was a massive visual experience with a myriad of light, dancers and costumes changing from outfits, some of which looked like melted cakes, nuns singing and acrobats twisting and turning around the stage.

The dancers were very involved in the show with Toderick inviting his ‘makeup lady’ on stage. This then became part of the routine with said makeup lady being an integral part of the dance routine that followed. Catchy music and amazing dancing, singing and costumes were most certainly the order of the evening and the crowd loved every moment, singing along in unison right from the start.

As well as visually reminding us as to why he is the consulate performer, Todrick raises awareness and positive messages for the LGBTQ+ community throughout the show which is naturally well received by those in the audience who identify as such along with those who did not. It was lovely to see such unity in one place at a gig.

The entire production was superb from lights to costumes to sound and it was touching to hear Todrick heap the deserved praise on his fellow performers on stage as well as those in his crew.

An amazing experience and it is well worth seeing Todrick Hall live as well as obtaining a copy of their ‘Femuline’ album. 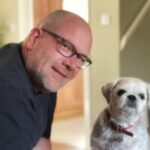 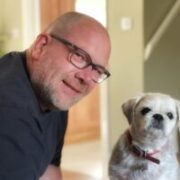