After many months of planning a tour to celebrate the 50th anniversary of the release of one of the most iconic and successful prog-rock albums of all time, YES band members and prog fans were hit by tragedy. It is now only a few weeks ago that the death of Alan White (YES drummer) was announced to the world. Alan White joined YES in 1972 and would appear on every YES Album including their most recent release ‘The Quest’ in 2021. Following the global pandemic, Alan had been looking forward to this tour and re-joining his bandmates on stage.

The night began with the appearance on-stage of Roger Dean, the famed artist and illustrator to talk us through his life and his close association with YES. It all began 50 years ago when Roger’s artwork was noticed by the then music production company Atlantic Records. On a short train journey to meet the band, Roger scribbled a few ideas for a YES logo and the rest is history.  Among Dean’s most well-known Yes paintings are the covers for ‘Fragile, Relayer, Tales from Topographic Oceans and Heaven and Earth. Other works include paintings for many bands such as Asia and more recently Steve Hackett. Roger appeared a bit nervous on stage, especially during a number of questions and answers, but continued through his on-stage video-pic displays. This was the first date of an 11-date UK and Ireland tour, so a few hick-ups were to be expected!

On an empty stage, the sound system played ‘Turn of the Century’, the original version from the band’s 1976 Album ‘Going for the One ‘, a track credited to Alan White. A very emotive moment, as throughout the song the large back screen displayed a series of photographs of Alan as a boy, teenager, early and later musician. The crowd were silent though-out, ending with a 2-minute deadly silence before YES hit the stage. A memorable moment for all.

You know when you hear the opening rendition of Stravinsky’s Firebird Suite that Yes is about to hit the stage. This song has opened their live performances from the beginning and the show had begun.

The first song on the bill was ‘On the Silent Wings of Freedom’ from the 1976 album ’Tormato ‘. This song had never been played live before but on listening it contains all the ingredients of a familiar Yes song, in terms of sound and quality. The crowd were buzzing at the start of the next track ‘Yours is No Disgrace’, which is one of these tracks you can name after just a few notes and is a top-liner in any Yes performance.

We then were treated to two songs perhaps less familiar ‘No Opportunity Necessary, No Experience Needed’ (Ritchie Havens cover from Time and a Word album) and ‘Does it really Happen’ (from Drama). By this time the band were in real flow but had to step back to allow Steve Howe to perform his acoustic solo track ‘Clap’ and as the track neared its completion, that’s what the audience did, clap along. The acoustic theme continued with perhaps the bands biggest selling single ‘Wonderous Stories’ sung perfectly by singer-guitarist Jon Davidson. Close your eyes and you would be forgiven for believing you were listening to the voice of Jon Anderson. On the back of that came two new songs from the band’s 2021 album The Quest.

The first track ‘The Ice Bridge’ was exceptional, involving the full spectrum of what prog music is all about, drifting back and forth from almost familiar orchestral riffs with a touch of ELP to a pounding bass beat played Chris Squire style by bassist Billy Sherwood. This was not a short track with a stunning finish, backed by an icy video backdrop. ‘Dare to know’ prepared the crowd to be hit big again with an extended version of ‘Heart of the Sunrise’

After over an hour into the gig, the audience may have expected a short break but it did not happen, but the title of the tour did ‘Close to the Edge’ the 1972 album played in its entirety. Side 1 – the title track is 19 minutes long and is in 4 parts each allowing individuals to shine. First up keyboard wizard Geoff Downes (formerly of The Buggles prior to joining Yes) played us through perfectly the originally sounding opening part followed by rich harmonies ‘Down at the Edge, round by the Corner, Close to the End, Down by the River, Seasons will pass you by, I get up, I get down, I get up, I get down.

The dramatic ending led to a standing ovation from most present. Side 2 – ‘And You and I’ is a sit back and listen to the words track, sung perfectly by Jon Davidson and again the crowd rises to applaud. The more upbeat track Siberian Khatru finishes side 2 and lets Jay Schellen (drummer) shine together with bassist Billy Sherwood who obviously wanted to play the full stage but had to dive back to his mic for supporting vocals. No sitting down after this track only shouts for MORE.

another two big hitters were included as an encore ‘Roundabout’ from Fragile and ‘Starship Trooper’ from The Yes Album keeping the crowd standing as one.

Excellent concert throughout and good to know that YES music is still alive and not just available on Vinyl, Cd or Mpeg as a memory. 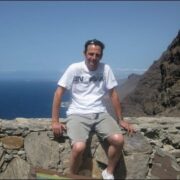