PCN’s, Kerrin Carr, caught up with Lyle and Barry from Ayrshire band, Box of Trash. The band are currently finalising their debut album after having recently recorded at the Old Church Studio, Rothbury- Northumberland.

So tell me, who is Box of Trash?

When did you, personally, first know you wanted to make music?

Lyle: I was heavily influenced by my mum and dad who introduced a lot of different music to my brother and myself when we were younger. Also, my dad used to play in a band when he was young so that gave me the idea and inspiration to be in a band. When I was about fifteen or sixteen there was a top class music scene around Ayr. My pals and myself watched live music every weekend, seeing bands like Blackberry Jack, The Schemes and The Imperials (this was where I first knew Barry from). I remember going to see Blackberry Jack play up in Glasgow and just experiencing the buzz about them and how loads of people went up to see them: I’d say this was the moment I decided I definitely wanted to be in a band.

Barry: For me, I first knew I wanted to make music when I watched The Who- Live at the Isle of Wight on VHS. They made it look so cool but when I got into Oasis and The Stone Roses they made it look easy.

I like the band name ‘Box of Trash’- any particular meaning behind the name?
Lyle: All I can say is the band name perfectly sums up Barry’s brain.

Barry: Haha, there’s actually no great meaning behind the band name- it’s off a poster from a sixties garage rock compilation record.

I know you both have been in a couple different bands over the years, so how did it all start for Box of Trash?

Lyle: I had always said to Barry that we should write tunes together away back in his Tripps days but it had never came into fruition until a few years later when we found spare time to get into the studio. Our first song we wrote together was Xlerator and we consistently went into the studio week after week and gathered like three or four songs together. We then got a few people involved to play bass and drums but nothing came of it. At this time we had a band name but it wasn’t Box Of Trash. It wasn’t until a few months later we decided have another crack at making a band so Barry asked JoJo to come in and jam on drums and I asked Connor if he’d be up for playing bass, from there Box Of Trash became a band.

Barry: Aye, it all started by two bands ending: me and Jordan were in The Tripps and Lyle and Connor were in Ranzas. We were in and out jamming here and there before but it wasn’t until those two bands ended we started taking BoT a bit more serious.

Who is your music inspiration?

Barry: My musical inspiration is John Squire from The Stone Roses. I love the sound and style he plays on the two Roses albums. I also, more recently, have got into Black Sabbath and the way they build songs by jamming riffs out is something I like doing in BoT.

Lyle: I have a lot of influences, mostly lyricists. I’m really fascinated with lyrics; the way you can construct a song with them and tell a story, or express yourself, through them. Also, having fun with words even writing a song that doesn’t make sense but is catchy. There’s a few people that I’d say really inspire me i.e: Pete Doherty, Alex Turner, Paul Heaton and Bernard Sumner.

Can you describe Box of Trash’s sound?

Barry: I would describe BoT’s sound as trashy drum and bass driven grooves with a slight bit of rock psychedelia. Pretty much a weird cross between early Sabbath and The Stone Roses in my opinion. But I’m probably way off and one of the other boys will probably sum our sound up better.

Lyle: Our sound varies to be honest- this is due to whatever mood we are in when writing a song. Our earlier songs are very upbeat and trashy whereas our more recent songs are darker with a bit more experimentation with different sounds.

Box of Trash are working on finalising their debut album, has it got a title?

Lyle: We’re still currently debating on a title for the album; there are a few suggestions and real contenders flying about so I’m not sure how it’s going to be decided- we’ll maybe flip a coin to choose.

Barry: Yeah, just have vocals to do then it’ll get mixed and mastered. We have a few working titles just now, nothing nailed on yet but there are two standouts for me. It’s a tough one to decide to be honest. It’s one of the details that you can maybe overlook while doing an album.

What’s Box of Trash’s creative process and how did you go about creating your album?

Lyle: It’s mostly Barry coming up with the music and then either Barry or I will put lyrics to the music. We’re at the stage now we’ve written so many songs together, it’s difficult to pick out which lyrics were done by who. I think the lockdown helped us be more creative and I think we created about twenty to twenty-five brand new BoT tunes in that period. The songs were already there for an album; we just had to choose which songs fitted better for our debut album. We probably have songs there just now for three or four albums which is mental.  Once the song for the album were picked, Joan from our record label ‘Thirdfire Records’ got us into a studio down South in a topper of a studio which was in a renovated church in a small village called ‘Thropton’ in Northumbria. This part of the process was for Connor and JoJo’s benefit as the studio was used to capture the sound of the bass and drums. Barry and I were just there for guide tracks. Then the guitar parts and vocals were done at our practice room we call ‘Havana’ at Sound Magic Music Studio in Ayr.

Describe a typical day in the studio for Box of Trash

Barry:A typical day for us would be just in and run through a set or the album and keep playing ‘till we are happy with how it sounds and make some adjustments or tweaks. Then for the last hour we mess about doing some covers and stuff like that or listen to some demos we’ve wrote. Some of the covers we play are really cool songs as well like, Mr Soul by Buffalo Springfield or a Greta Van Fleet tune or a Nolan Porter song. It’s a great way to end a day in the studio

Lyle: Lots of hard graft but also a great laugh, there’s hardly any breaks as we prefer to get the songs to a point where we’re confident with them and down to a T. We’re usually in practicing for about three or four hours, after that then it’s a trip to Tesco for a meal deal then home.

What’s your favourite track from the album and why?

Barry: My favourite track from the album is probably Spaceman. It’s the song that got us signed and I really like the chorus. Although I should mention Nicole Minet runs it pretty close. It’s about a spy in WW2 and she fought to liberate France. And it’s really got that cool James Bond spy-like sound to it.

Lyle: My favourite track I think will always be ‘Up in the Clouds’ because of the way it was created and the lyrics. Barry sent me the music when I was on holiday in Portugal and I remember using my fiancé’s phone to record me singing the lyrics over the track and then sending it back to Barry. He then done his thing on Garage Band and sent his creation back to me and I remember being so buzzing about the new track I couldn’t wait to get back into the studio to bring it to life with the band.

It’s been a crazy couple of years, what’s been the biggest challenge for Box of Trash?

Barry: The biggest challenge for us was, in my opinion, not to lose focus of what we’re trying to achieve, with not being able to play gigs we’ve had to just rely on getting this album perfect and since we recorded the bass and drums down in England we’ve had to come back up to record my guitar then Lyle’s vocals. So it’s been a slow process since coming back up the road and we couldn’t just go in and jam because the room was set up to record. So, I’d say it’s been tough on us from that aspect, especially Lyle and Jordan.

Lyle: I’d say the biggest challenge would be getting a reply off Connor in the group chat…. On a serious note though, it’s been a while since we ever done a gig together. I think it’s coming up three years so I think the pandemic is definitely the biggest challenge as we have had to adapt creatively but also not being able to gig or even practice has been very challenging mentally but we’ve stuck it out and it shows hard work and patience certainly pays off eventually.

I was at lucky enough to be at one of your gigs before the pandemic, and I know you all really enjoy playing live. Lots of lovely sweaty energy. If Box of Trash could play live anywhere in the world, where would you choose to play and why?

Lyle: For me, headlining the famous Barrowlands in Glasgow would be a dream come true and I fully believe we can make it a reality. I’ve seen my favourite bands play the Barras and it’s such an iconic venue, if I played there I’d honestly be the happiest wee guy this side of the Clyde.

Barry: For me, I’d love to play the Hollywood Bowl, it looks epic and of course the Beatles famously played there. But it’s got a great history, as well as a great look for me.

How can PCN’s readers hear Box of Trash’s music?

Barry: There are a few demos on Soundcloud, and you can see a few snippets of videos from our practice on our Twitter, just wee clips of the covers we mess about with or anything new we might be working on.

Got What You Wanted

Thanks for chatting with us, so what’s next for Box of Trash?

Barry: It’s been a pleasure we really appreciate you taking the time to have a chat. What’s next for us will just be getting the vocals recorded for the album then send it away for mixing and mastering. We’ll then start building up for the release, gigging and promoting the album.

Lyle: Finishing the album then gigging. 🤟 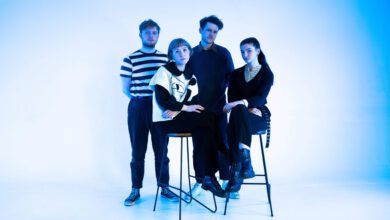 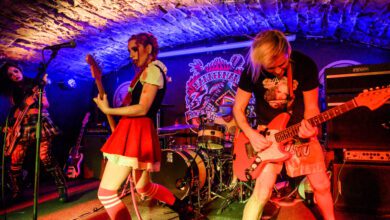 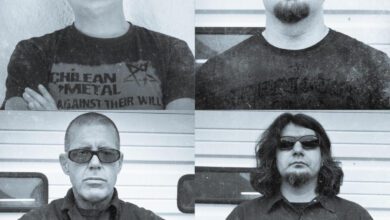 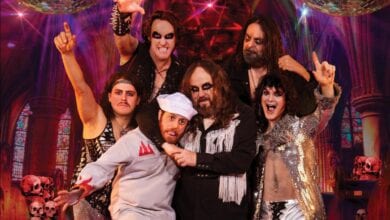