BabatundeAléshé is one of the fastest rising stars in British Comedy. After recently warming the hearts of the nation with his incredible stint in the jungle as part of this year’s I’m a Celebrity… Get Me Out of Here!, he today announces a host of extra dates, due to phenomenal demand, for his upcoming Babatunde Aléshé: Babahood UK headline tour, kicking off in January.

A powerhouse performer, his stand up presents a hilariously fresh perspective, oozing charisma whilst showcasing impeccable stagecraft and comic timing. 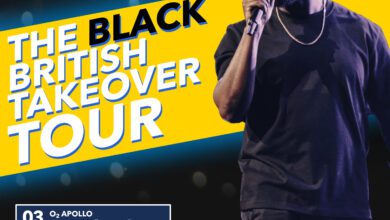