Chaos in the CBD

FLY Open Air returns for its tenth edition next May, with Ben Hemsley, Eliza Rose, Job Jobse, Interplanetary Criminal and Sally C among the first names announced with tickets on sale now.

Over the years FLY Open Air has earned its reputation through carefully curated line-ups mixing the world’s best electronic acts while championing homegrown talent in iconic settings. The May edition of the festival takes place in the stunning grounds of Hopetoun House, Scotland’s finest stately home in the outskirts of Edinburgh.

Legend in the making Ben Hemsley returns to Fly Open Air with his luring melodies and flavours of old school nostalgia with New Zealand brothers Chaos in the CBD, known for their dreamy take on dance music also confirmed.

Eliza Rose and Interplanetary Criminal, the artists behind this Summer’s most empowering anthem ‘B.O.T.A. (The Baddest Of Them All) join the line-up alongside the universally loved Job Jobse, who made his name as one of Trouw in Amsterdam’s most exciting residents.

Tom Ketley, FLY Open Air Director, said: “We’re excited to return for our 10th edition of the festival at Scotland’s finest stately home – Hopetoun House. The site can hold over 8,000 people so we expect this year to be our biggest yet!”

Stay tuned for many more artists to be announced in the coming months with early bird tickets on sale now here and a payment plan option also available here. 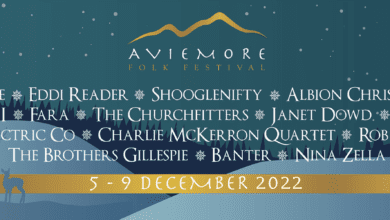