Read new reviews of Scottish films and then watch them online.

This week a man travels hundreds of miles to find love, a landlady who wants her guests to stay forever and a rogue Santa who STEALS presents instead of delivering them…

Michael, who has struggled to find true love, decides to try internet dating. When his friends are gathered at his house for a glass of wine, Michael reveals he is travelling to the Hebrides to meet Faye, a woman he met online. His mates greet the news with a mixture of bemusement and horror. One pal dismisses the plan completely, saying no-one will turn up. Another suggests he should impress Faye by emphasising his French heritage, complete with beret and a corny Allo Allo-style accent. Michael’s friend Katy says he should tell Faye how successful his thermal flask business is as this will let her know he’s not a ‘sponge’. With all these suggestions ringing in his ears, Michael sets off on his travels to the Highlands to meet the lady he hopes will be the woman of his dreams.

November, which was also written by director Daniaud, is a simple but sweet little story. The different scenarios Michael’s friends dream up reflect more about their personalities than what is actually likely to happen. Tellingly it emerges that his pal David who says no one will turn up is seeking a divorce from his wife. Romeel Davé who plays Michael brings a wonderful combination of humour and slight melancholy to the role and there’s a guest appearance from TV actress Lysette Anthony (Hollyoaks). Like much of the director’s work, the visuals are pretty spectacular. When Michael arrives in the Hebrides, D.O.P. Murray Cohen captures the stunning scenery perfectly.

Billy Weaver travels from the city by train to start work in a small rural town. Suitcase in hand he tries to seek out accommodation and a local man recommends The Bell and Dragon, a B&B that is within walking distance. Billy sets off but when he can’t find The Bell and Dragon he stumbles upon another guesthouse and is invited in by the jovial landlady. Her warm welcome and the cosiness of the guesthouse are enough to persuade Billy to stay. Signing the guestbook Billy sees that only two other people, Gregory Temple and Christopher Mulholland, have stayed here, The names ring a bell but he just can’t remember where he remembers them from. Later as he settles down with a cup of tea, he notices a pet cat lying near him. The landlady tells him the cat is not sleeping, it is in fact dead. She stuffed her, she says, as she couldn’t bear her being taken away. Billy notices she has a book on taxidermy. He also notices his tea has a strange taste. Asking about the previous guests, Temple and Mulholland, the landlady reveals they are still in the guesthouse and it’s time for Billy to ‘meet’ them.

Adapted by director Cameron Thom from the short story by Roald Dahl, The Landlady gradually builds up the tension between the two main characters. McCausland is well cast as the naive stranger in town and Knows brings an understated but sinister air of creepy malice to the titular role. Like much of Dahl’s work, a lot of the story is left up to the viewer’s imagination and all the better for it. What we imagine is inevitably more horrific than what can be seen explicitly onscreen. There is some impressive cinematography from D.O.P. Andrea Leone. The earlier colourful shots of Billy wandering through streets and woodland trying to find the guesthouse contrast well with the darker, musty interiors of the landlady’s guesthouse.

It’s Christmas Eve and little Mikey is worried Santa Claus won’t be visiting. His dad Jim, a fireman, arrives home from work and assures him Santa will be coming but tells the youngster that if he gets up during the night like he did last year, all his presents will be taken back to Lapland. Despite the warning, Mikey gets up and sees a stout bearded man in red clothes climbing through the window. However, instead of delivering presents, this ‘Santa’ begins filling his sack with presents from beneath the tree and expensive ornaments from the house. Mikey decides to intervene.

Although filmed in Ireland with an Irish cast, the script is by Scottish writer Sarah Jane Quinn. Santa’s Grotty is a charming little film. The cast give wonderfully naturalistic performances and come across as a believable family. It wasn’t entirely clear to this reviewer if we are meant to immediately know the identity of the ‘rogue’ Santa but that’s part of the fun. Thanks to some good lighting and cinematography from Frank Corr, the film has a lovely homely look about it.

A woman with a background in making erotic/porn films visits her son’s art exhibition, which also features sexual imagery. As she stands with another visitor at the exhibition she describes one of the perverse images as ‘grotesque’. Then when her son arrives and asks her what she thinks of the piece she says, ‘I think it’s… beautiful.’ Back at her son’s flat, he asks her: ‘Have I ever told you how I found out about your films? My friends told me they would get off to them.’ Mother and son clearly have an uneasy relationship. This is a slow burner of a film, which has a deliberate awkwardness as the pair try and have a civil meeting together. Although there is never anything sexually explicit shown in the film, the vibe is quite creepy and sleazy. The final scene, which deliberately takes its time letting the viewer know what’s happening, presents a truly disturbing scenario, which resonates long after the film finishes.

Creepshow is an unusual and uncomfortable film to watch and all the better for it. I’ve watched it a couple of times to try and find out exactly what’s going on and I think therein lies its strength. It’s a bit like being privy to a meeting of two dysfunctional people and trying to guess what is happening between them. Some interesting editing choices here. One scene has an intense piece of dialogue between the two actors shot in two separate extreme close-ups, which are superimposed over each other. The two leads Fullerton and Collins give intense and convincing performances.

The IMDb storyline of this film opens with ‘Danny is an ostrich living in Glasgow with his roommate, a monkey named Nelson.’ So it’s clearly not going to be your straightforward sort of romantic film. Danny has tried but failed to kill himself after a messy break-up with his girlfriend. He decides the best way to get his life back on track is to see a counsellor. Then, as so often happens, love comes calling when Danny least expects it, when he meets Lizzie at a pub quiz. Things are going swimmingly until Danny’s former lover decides they should get back together again.

Words like ‘zany’ and ‘madcap’ tend to make me want to avoid films but they’re truly fitting in the case of Autumn Never Dies, which is a sequel incidentally to the 2012 film The Greyness of Autumn. The dialogue is very funny and some of the scenes – Danny the ostrich getting down and dirty with his new girlfriend – are hilarious. Cast-wise there are a whole host of cameos by actors who will be familiar to you if you’ve seen a lot of independent Scottish films. 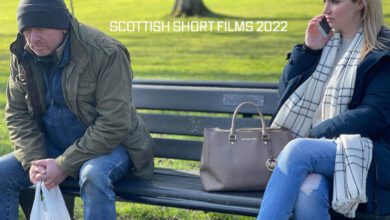 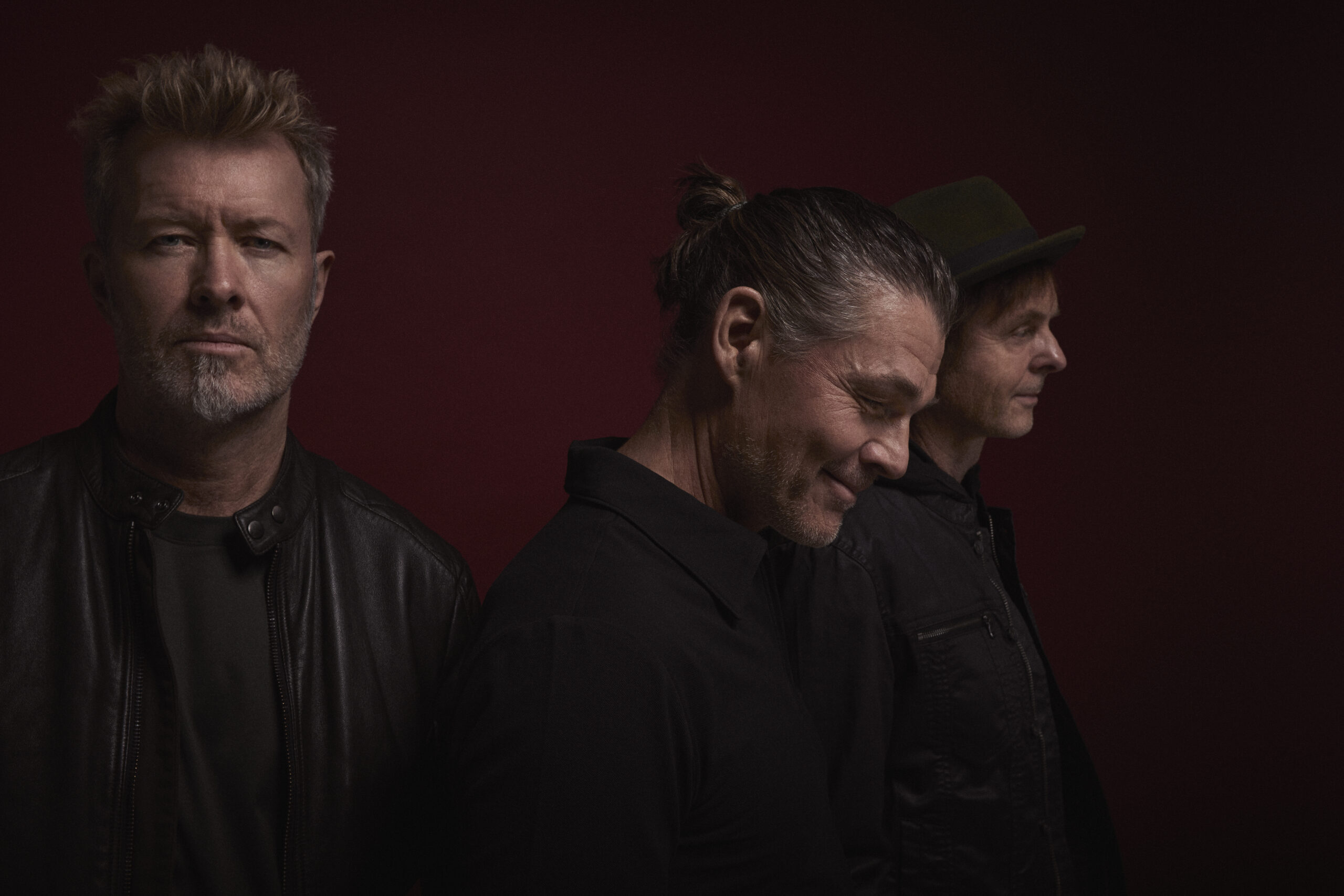 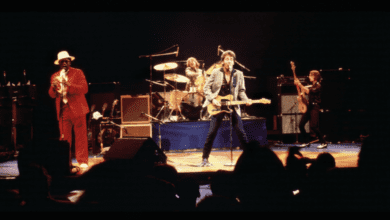