HALSEY TO RECEIVE THE INNOVATION AWARD

Today, NME has announced details of its 2022 Awards. The wildest night in global music will return to London’s O2 Academy Brixton on Wednesday 2 March 2022, with the world’s leading social music creation platform, BandLab, named as Title Sponsor. Celebrating the most brilliant people in music and pop culture right now, the BandLab NME Awards 2022 will feature performances from some of the most thrilling musical acts around, big-name guests, and a raft of epic unpredictable moments. Fans have the chance to be in the thick of the action, with tickets going on sale today.

The first names announced to perform are three of the most exciting artists in the UK right now: Griff, Sam Fender and Rina Sawayama.

One of the biggest artists on the planet, Halsey, is confirmed to attend the ceremony to accept The Innovation Award. The pop sensation makes the perfect fit for the award that recognises trail-blazing artists pushing musical boundaries, breaking ground with new and fresh ideas to repeatedly reinvent themselves and the industry around them. Halsey’s award win follows the huge success of their latest album If I Can’t Have Love, I Want Power, which NME described as ‘a defiant artistic statement’ and ‘fierce and fascinating,’ and arrived accompanied by a highly praised global IMAX film of the same name.

Talking in her forthcoming Big Read interview with NME, due out this Friday, Halsey says “The NME Awards seems more about a celebration of a bunch of people who are contemporaries rooting each other on. I don’t get many opportunities to celebrate with my peers and look around and be like, ‘Wow, this was a great year for music’ and that’s why we do this – we love it, y’know?”

full list of nominations, including the coveted Godlike Genius award, will be announced in the coming months alongside further exhilarating performances on the night. 2022’s Awards will also see the introduction of award categories specific to NME Asia, following 2020’s Australian categories and furthering NME’s global approach with dedicated editions in Australia and Asia.

NME have also today announced that Music Venue Trust will be this year’s official charity partner, continuing NME’s long-standing relationship and work with the charity. Created in 2014 to protect, secure and improve the UK’s vital grassroots music venues, they represent over 900 venues across England, Scotland, Wales and Northern Ireland.

Griff is undoubtedly one of the UK’s youngest and brightest pop stars. Aged just eleven when she taught herself to record and produce her own songs, she found a kind of solace in creating raw and ruminative pop songs from her bedroom. After securing a management deal aged just thirteen, she signed to Warner Records in 2019 and her stunning debut mixtape One Foot In Front Of The Other was released in June 2021 to commercial success and critical acclaim. She was featured in BBC’s Sound Of 2021 poll and NME 100, was nominated for a Rising Star Award at the Ivor Novello Awards in 2020, has been tipped by the likes of MTV, Amazon Music and more, and hailed by Taylor Swift on social media. Her electrifying live set has seen her play at Tate Modern and sold out venues across the UK, and her performance at the BandLab NME Awards 2022 will give fans a taste of her return to the Brixton Academy stage later in March on her headline tour.

Sam Fender is set to bring his phenomenal live set to the Brixton Academy stage for 2022’s Awards. Hailing from North Shields, Sam’s rise has been nothing short of meteoric. He sat comfortably alongside the likes of Billie Eilish and Lewis Capaldi in the coveted BBC Sound Of 2018 list and signing to major label Polydor before finally releasing his chart-topping debut LP Hypersonic Missiles in 2019, followed by his critically acclaimed second album Seventeen Going Under earlier this year, which also topped the UK Albums Chart.

Rina Sawayama is one of the UK’s most exciting new talents, confronting issues of identity and conflict with a wild blend of sonic influences. Born in Niigata, Japan, Rina moved to northwest London aged five and went on to graduate from Cambridge University with a degree in political science. It was in Cambridge that she found solace and community at local queer venues and took her first steps into the music world by joining a hiphop group with Theo Ellis of Wolf Alice. Breaking into the public eye with her first EP in 2017 entitled Rina, she built upon that set’s creative base for her critically acclaimed genre-defying debut album Sawayama, released in 2020 via Dirty Hit. Fans are in for a treat with Rina set to perform at the Awards, bringing her unmatched live performance that recently scored 5 star reviews in The Guardian, NME and The i Paper who stated “No artist since Lady Gaga has shown such command over pop”.

Rina Sawayama says: “I can’t wait to perform at the NME Awards next year – it’s such an honour to be asked and I am beyond excited.”

Holly Bishop, Chief Operating & Commercial Officer at NME Networks, says: “In February 2020, as we sat back in the usual post NME Awards haze, we had no idea that ours was to be one of the closing events of the year. What followed was one of the toughest times our industry, and our generation, has had to face. After a 12 month hiatus, it feels extra special to return to our Brixton home in March 2022 with an event that promises to be everything but predictable. We have an incredible line up, an exciting title sponsor in BandLab; the global game changer in music creation, and a brand that shares NME’s commitment to emerging talent, alongside a host of other partners that share in our mission to make 2022 the most memorable Awards in NME’s history.”

What you need to know:

Why? You don’t want to miss out on the wildest night of the year.

How do I get in? Tickets available via nme.com

Launched in London, UK, in 1952 as the New Musical Express, NME has grown into a global media powerhouse that creates and curates content, products and experiences essential to fans of music and pop culture today. NME brings together the best writers and photographers to provide a multi-platform editorial offering that is at the bleeding edge of what matters most across the globe — be it music, film, TV or gaming. Intent on shining a spotlight on the artists and stories coming out of the world’s most compelling music scenes via NME.com, NME also has dedicated editions for Australia and Asia, using its distinctive voice and point of view to champion and celebrate established and emerging homegrown talent.

BandLab’s vision is simple: A future where there are no boundaries to making and sharing music. BandLab is the next-generation social music platform with over 40 million users on a mission to break down the technical, geographic, and creative barriers for musicians and fans. Free-to-use, the mobile-first cross-platform DAW and social network, unites the entire creator journey into one place, boasting a suite of features and tools for creators to make their music, earn a living and grow their audience.

Music Venue Trust is a UK registered charity which acts to protect, secure and improve Grassroots Music Venues. Created in January 2014, Music Venue Trust aims to secure the long-term future of iconic Grassroots Music Venues such as Hull Adelphi, Exeter Cavern, Southampton Joiners, The 100 Club, Band on the Wall, Tunbridge Wells Forum etc. These venues have played a crucial role in the development of British music over the last 40 years, nurturing local talent, providing a platform for artists to build their careers and develop their music and their performance skills. The charity works to gain recognition of the essential role these venues fulfil, not only for artist development but also for the cultural and music industries, the economy and local communities. Music Venue Trust aims to preserve and improve venues, making them more efficient and improving the experience for performers and audiences. Long-term, it plans to acquire the freeholds of as many of these vital venues as possible. 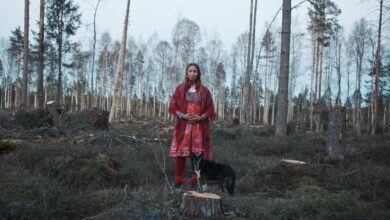 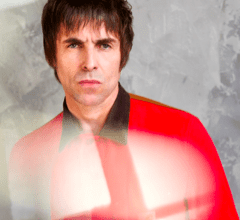 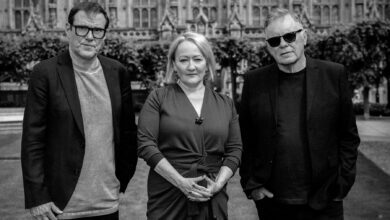 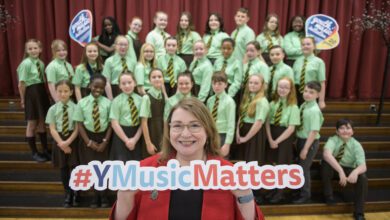